Be prepared for higher maritime costs... 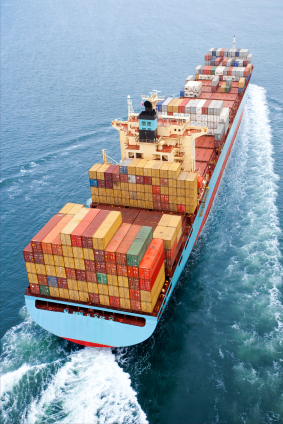 An article in our regular trade magazine, BIFAlink caught our attention this month and it's an important development our customers should be aware of...

"While the full impact of the introduction of Emission Control Areas is uncertain, the costs of maritime transport are expected to rise and there are also concerns about whether an unlevel industry playing field will be created.

For over two years BIFA has been a lone voice on the impact of new regulations relating to Emission Control Areas (ECA). This subject, although well publicised, has not attracted much attention, if only because its impact has not been fully understood or the costs were simply regarded as something that would be passed onto the customer.

From 1 January 2015, the maximum sulphur content in bunker fuel permitted in the ECA will reduce from 1% to 0.1%, obliging ship operators to purchase tanks of distillate fuel that are up to 50% more expensive, or install costly and heavy exhaust filters referred to as ‘scrubbers’. The regions that will be impacted are certain parts of North America, all the North Sea and the Baltic. This geographical patchwork has created anomalies and potential opportunities for ports like Liverpool that are outside the ECA.

Cost impact
At the moment industry estimates of the cost impact of this new regulation vary, but there are some common threads. It is obvious that there will be considerable cost implications for shipping line operators, and that the cost is very likely to be passed on.

The level of the cost is influenced by a variety of factors including the amount of journey time within an ECA and the fact that a vessel could incur charges in more than one control area. The proportion of the journey within an emission control zone will also have a significant impact. The need to generate electricity for reefers will mean even higher costs for that type of container. Lines are beginning to communicate with customers on this subject, but to date it is too early to gauge reaction. There is a strong suspicion that any criticism will be very circumspect because nobody wants to be seen to be opposing a ‘green’ environmentally friendly initiative.

In fact most parties seem to be broadly in favour of the new regulation, the only criticisms having been mainly about the timing of its implementation.

The impact of this new regulation is difficult to evaluate, but Maersk has produced some interesting forecasts that are probably as good an indicator as any currently available.

In 2015, Maersk Line expects to purchase 650,000 tonnes of fuel with a 0.1% sulphur content. This equates to approximately 7% of all fuel purchased. Based on a current price difference of $300 per tonne, the additional cost will be approximately $250 million per annum.

This figure does not allow for any price increases, because in effect the low sulphur fuel is effectively diesel – just like you and I use at a fuel pump. Some industry observers, noting a lack of refining capacity in Europe, believe that the extra demand could force up fuel costs by 2 pence a litre.

What will be the impact of these changes? The first and most immediate is that there is likely to be a sharp increase in bunker surcharges for at least six months. Industry estimates suggest that the increase will be between $50 and $150 per 40 ft teu, dependent on routing, etc. However, some insiders believe that rates will fall back after this initial period as shipping lines absorb at least part of the costs.

Shortsea impact
There has been real concern that the additional cost will hit the shortsea intra-EU trade, including the ferry operators, particularly hard because the whole movement is within an ECA. This has generated fears of a modal switch from relatively environmentally friendly maritime to road.

The other significant issue is whether or not shipping lines will obey the new regulation, especially when it is considered that fines in certain countries are estimated to be lower than the increased cost of using the more expensive fuel. This is seen as placing those lines which do adhere to this regulation at a competitive disadvantage compared with those that do not.

Some carriers are vigorously lobbying national authorities to put in place strict enforcement regimes that will create an industry level playing field."

It remains to be seen how this will play out next year, but one thing is for certain - increased freight costs to the UK are imminent...