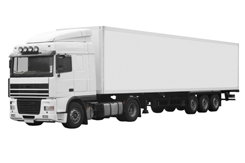 "Road hauliers argue that the ‘protectionist’ measures will penalise foreign operators, and that the level of fines is disproportionate

National measures have been introduced in France forbidding drivers from spending their regular weekly rest in vehicle cabins. The French law, which seeks to combat “social dumping and unfair social competition”, was published in the Journal Officiel de la République Française on 11 July 2014.

National legislation
Truck operators are becoming concerned at the increasing use of national legislation in a protectionist manner. In particular, numerous EU member states are adopting a more stringent interpretation of Regulation 561/2006, which prohibits commercial truck drivers from spending regular weekly rest time in their vehicle cabin.

Draft legislation was submitted to the French National Assembly in January 2014. The draft bill related to sub-contracting and the fight against social dumping and unfair social competition in general, and was seeking to increase the responsibility of contractors with regards to sub-contracting.

A number of points relate specifically to road haulage:
• Extension of the cabotage regulations to vehicles under 3.5 tonnes; light-duty vehicles will be subject to three operations within a limit of seven days when France is the destination country of the international haulage.
• An obligation on the operator – subject to penal sanctions – to have a driver take his or her normal weekly rest period outside the vehicle cabin. It should be noted that the details are still to be provided as there has to be a systematic organisation on the part of the firm that forces the driver to take his or her weekly rest period in the vehicle. The law also establishes the principle of “joint and several responsibility”, making it possible to bring action for the fraud against a contractor relating to one of its subcontractors that has used posted workers. Failure to comply could lead to a year’s imprisonment and a fine of €30,000.

This point complies with the European agreement of December 2013. Furthermore, any and all posted work must be announced in advance by the employer to the labour inspectors of the place, or at the start of the said service.

In the event of the employer’s lack of awareness of provisions relating to the verifying of a contractor’s obligations, an administrative fine may be imposed. The amount of the fine will not exceed €2,000 per posted worker salary and not be in excess of €4,000 in the event of repeated offence within one year from the date of notification of the first fine. The total amount of the fine may not be higher than €10,000.

A similar law will be introduced in Belgium with a much lower fine of €1,800 in the case of violation regarding the driver rest time in the cab.

Industry has reacted adversely to the French legislation, arguing that the fine is totally disproportionate and is in effect a “protectionist” measure because in the main French truckers are usually at home over their weekly rest period while foreign operators are not.

Truck operators argue that the change will adversely impact on competition and vehicle security. The legislators, they say, have failed to appreciate how the road haulage sector works in coping with daily uncertainties such as customers’ premises not being open to take deliveries when a truck arrives, mechanical breakdowns, traffic jams and road diversions.These factors, plus long journeys, make it difficult and in some cases not feasible for drivers to take a rest period away from their vehicle.

Security issues
It has also been noted that separating a driver from his truck raises a fundamental security issue. Due to the lack of secure parking facilities at hotels, particularly for trucks, a driver might have to travel some distance to find accommodation. The reasons that drivers sleep in their trucks relate partially to cost savings, but they do also include the need to ensure the security of the vehicle, fuel and load.

CLECAT, the body that represents freight forwarders at EU level, has been in contact with DGMove about these recent initiatives, arguing that the member states are using enforcement to protect their national road sector. Also, in view of the offence committed, the French fine is not proportionate."