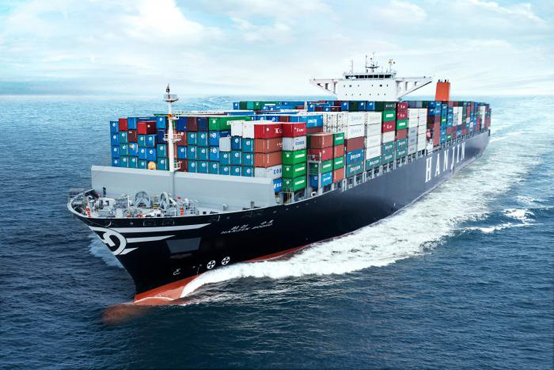 We at Grange Shipping have been working with affected customers to navigate the fall out from this unprecedented event, the largest bankruptcy to ever take place in container shipping.

Container shipping lines have been surviving on cheap loans from banks for over a decade in face of a slow down in global trade and the writing was on the wall for Hanjin when the state-run Korea Development Bank, the main creditor of Hanjin Shipping, bailed out Hyundai Merchant Marine (the second largest Korean container line) in July.

Since then, Hanjin have tried unsuccessfully to renegotiate charter rates with vessel owners and with the Korea Development Bank and the Korean Government unwilling to bail out Hanjin there was only one inevitable conclusion.

We are witnessing a necessary consolidation of container lines and can only suspect that more will follow. In February this year, China Shipping and Coscon merged to become China Cosco Shipping Corporation Limited. Hapag Lloyd are in the process of merging with UASC (United Arab Shipping Company) after completing it's merger with CSAV in 2014 and CMA CGM finalised it's aquisition of NOL (Neptune Orient Lines, renowned for it's brand APL) in June this year. CMA CGM now have reported debt of around $9.55 billion (USD) after finalising this deal!

Hanjin's collapse has led to the arrest of Hanjin vessels in ports around the world by creditors looking to recover whatever they can from the shipping line. Many Hanjin vessels have become stranded at sea, as ports are unwilling to allow these vessels to berth as they have no certainty of being able to recover operating costs for doing so.

Cargo that has arrived in the UK has been held in containers on quay by the Port of Felixstowe and London Gateway until importers have paid collection fees, storage charges and a large deposit for the container itself (which is refundable once the empty container is returned to the Port's quay side storage yards). These two UK ports, along with most North European ports are recovering costs that would normally be recovered from Hanjin whilst simultaneously trying to release cargo to the rightful owners.

As an example, the Port of Felixstowe are charging a collection fee of GBP £460 per container, a deposit of GBP £2000 per dry container or GBP £3000 per reefer container plus any storage charges due.

Importers and freight forwarders have argued that these fees are either arbitrary or unfair but BIFA (the British International Freight Association) advises:

"We have taken initial advice from our Association Lawyer who thinks that the GBP 2000 deposit would be likely judged fair and reasonable as that would be the value lost should the container not be returned.

With regard to the GBP 460 fee this probably covers the stevedoring cost and any necessary administration incurred by the PoF. Our initial legal advice is that any action against the PoF regarding the fee may be uneconomic. It is likely that the PoF will have carried out some careful calculations to justify the GBP 460 per box charge and an argument could be made that this is necessary to discharge their role in this state of affairs. It is unlikely they have picked a figure “out of thin air”. Our solicitor’s advice remains as in our paper issued yesterday that insurers should be informed and customers asked to pay the release charges to obtain their goods and authorise the collection on the terms offered by FDRC"

In addition to this, in order for importers (or freight forwarders acting on their behalf) to obtain release of cargo / containers, a waiver must be signed as follows:

London Gateway are operating in a similar fashion.

We have no doubt that there will be further ripples felt from the collapse on Hanjin, the first of which has been an increase in freight rates from the Far East. The second is a reduction of available storage space for containers at the Port of Felixstowe while the port holds a large volume of full and empty Hanjin containers.

At a consumer level, Samsung has revealed they have $38 million USD of goods and parts stuck on board just two vessels operated by Hanjin while Hewlett Packard revealed it has 500 containers of Chinese made computers on Hanjin's vessels. Many companies are facing loss of sales and further loss of market to competitors while their cargo is tied up in Hanjin's collapse in the build up to Christmas.

As always, we will do everything we can to assist customers that have booked cargo with Hanjin and help facilitate delivery of goods as soon as possible.

Should you have any questions or require any further information please do not hesitate to contact us.