The 20,568 TEU Madrid Maersk, operated on the 2M NEU2 Asia to Europe service, has arrived at the port with over 6,000 TEU for the UK loaded in China and Malaysia.

They are second generation EEE (triple E) class ships with 11 ships due be delivered by May 2018.

Compared to the original EEE class it is reported that the Bridge has been moved forward by two bays and the engine room and funnels one bay aft.

A deeper hull allows for 12 tiers of containers below deck raising the DWT to 206,000 tonnes (compared to 194,500 tonnes previously). There are also higher lashing points allowing for an extra tier of containers above deck albeit these will probably limited to empty units due to weight / stability requirements.

These monsters are substantially bigger than any aircraft carrier and by comparison our last ship at Harwich at the beginning of June had a DWT of 8000 tonnes! 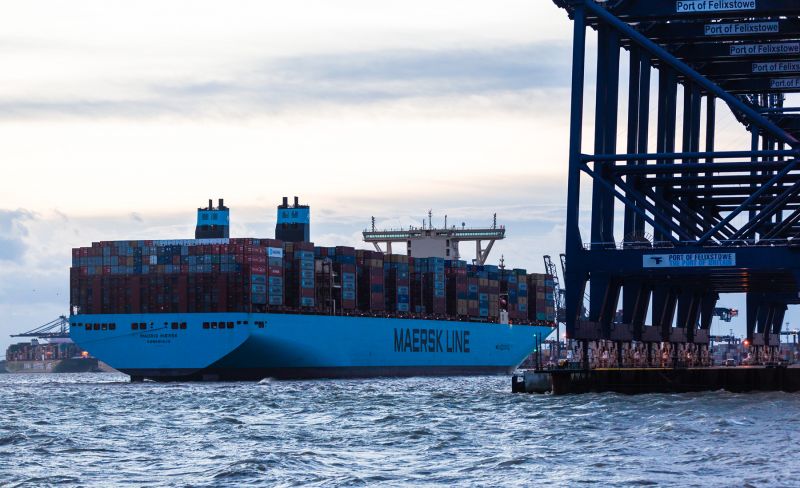